Loyal sidekick of Crassus the clown, Bikini Joe Ld doesn't have much to laugh about. Crassus is a tyrannical and temperamental mentor and that's when he’s in a good mood. No wonder Bikini Joe Ld is in the depths of depression and even cries on the job. And then when he changes out of his clown suit and goes to see the doctor all he can suggest is, "Go to the circus. There's a very funny clown there who will cheer you up..." 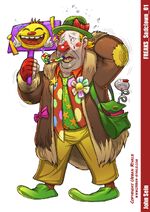 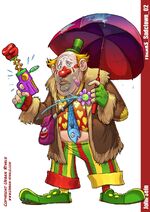 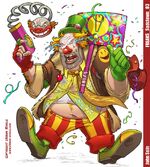 Retrieved from "https://urban-rivals.fandom.com/wiki/Bikini_Joe_Ld?oldid=55376"
Community content is available under CC-BY-SA unless otherwise noted.