As a result of spending her days surrounded by big cats, Cassandra, the Freaks’ lion tamer, is starting to develop strange habits. She’ll only eat raw meat, bares her teeth when she's angry and her nails are like real claws. 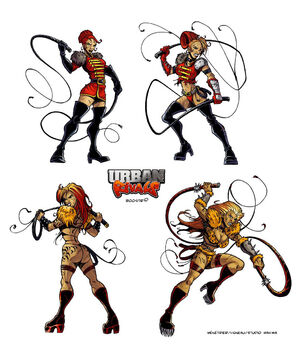 Retrieved from "https://urban-rivals.fandom.com/wiki/Cassandra?oldid=61132"
Community content is available under CC-BY-SA unless otherwise noted.