Flora could never have imagined that the pretty plant she'd brought back from Los Santos was in fact a rare species of a highly aggressive carnivorous plant. Nothing that couldn’t be treated by Willow's reggae and vegetative meditation-based therapy though. Now Curlix eats nothing but grass and has abandoned himself to the joys of breeding butterflies and vegetarianism! 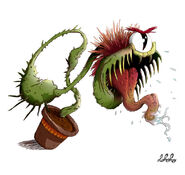 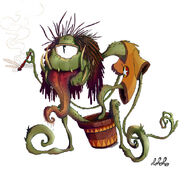 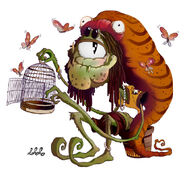 Level 3
Add a photo to this gallery
Retrieved from "https://urban-rivals.fandom.com/wiki/Curlix?oldid=68187"
Community content is available under CC-BY-SA unless otherwise noted.