In a distant future, Dregn is all set to be the evil emperor who will reign unchallenged over Clint City. But sadly for him, a prophet has predicted that the clans’ descendants will form an alliance to bring about his downfall. So although he doesn’t believe in fortune-telling, he’s decided he'd better take a trip to the past to annihilate today’s clans and buy himself a little peace of mind. 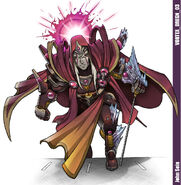 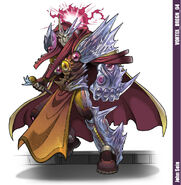 Dregn in the official manga.

Cr announcement banner
Add a photo to this gallery

Retrieved from "https://urban-rivals.fandom.com/wiki/Dregn_Mt?oldid=69180"
Community content is available under CC-BY-SA unless otherwise noted.