Discreet and quiet to the extreme, Erpeto only ever talks through his puppet Plumpy. Similarly, when he fights alongside the Freaks, it is never him who cuts his opponents up into little pieces, but rather his puppet, who's a dab hand with a knife. 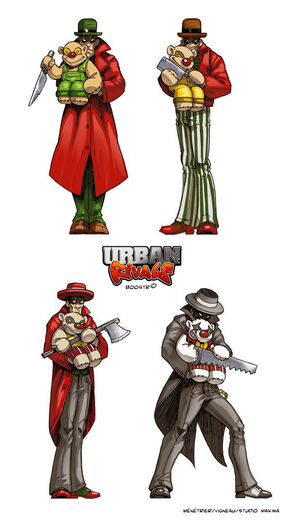 Retrieved from "https://urban-rivals.fandom.com/wiki/Erpeto?oldid=50781"
Community content is available under CC-BY-SA unless otherwise noted.