Just as they were leading a peaceful life at the top of Mount Glatz, the Frozn were struck down by a strange malevolence. Pollution coming from Clint City caused a heat wave that destroyed their ecosystem and upset their lifestyle: a delicate symbiosis of men of the mountains and techno-loving yetis. So, led by the glacial Kalindra, the Frozn are marching towards the city to cast a chilling effect on the inhabitants of Clint City...

Revenge: Power And Damage +2 - If a character belonging to the same team as Frozn loses a round, in the next round, the Power and Damage of Frozn will be increased by 2. 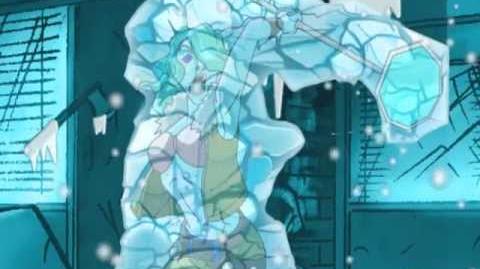 Retrieved from "https://urban-rivals.fandom.com/wiki/Frozn?oldid=71971"
Community content is available under CC-BY-SA unless otherwise noted.