Defeat: Recover 2 Pillz Out Of 3

The problem with time vortexes is that the technology is still very new and despite what some would have you believe, not everything works quite as it should. Nevertheless, stabilizing a Vortex and ensuring that those who use it Don’t end up scattered over 4 or 5 different dimensions is no mean feat. But fortunately, Galen is up to the job. 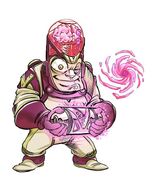 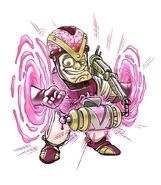 Retrieved from "https://urban-rivals.fandom.com/wiki/Galen?oldid=52997"
Community content is available under CC-BY-SA unless otherwise noted.