The Piranas often run out of time trying to lay hold of all the loot before the enemy ships start sinking. This is where Greesh comes in. However deep the dive, he always manages to bring up hidden treasures and makes the most of it by resurfacing with a bunch of weird-looking fish for Spycee's much anticipated surprise stew. 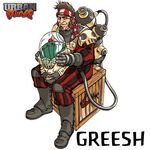 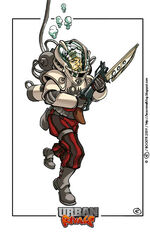 Retrieved from "https://urban-rivals.fandom.com/wiki/Greesh?oldid=51849"
Community content is available under CC-BY-SA unless otherwise noted.