Fire god and first-born to a family of divine cosmic beings, Griffonmor has always had to cool the icy passions of his sister and right his father's wrongs. However, far from realizing what he was putting his children through, Griffonmor's father disowned and banished him at the very first sign of weakness. Landing like a meteorite, he cut through the water and then straight through the ocean's floor, before breaking through the magma and finally arising and set light to the Komboka volcano. Years later in the Magic Academy, the four Komboka sisters have asked for the Skeelz's help to awaken the giant. In the library, Redra has unearthed an ancient book of spells telling the tale of the sacred fire and its holders, and has tracked down Caelus Cr to help her decipher it. According to the dusty tome, only a disciple of Griffonmor can awake him, and with Kenny Mt now dead, it seems that all hope was lost. Except that nothing's too difficult for Kuwaka, who promptly decides to master for herself the mysteries of the sacred fire, under the expert guidance of Caelus Cr! However, what the four sisters and the Professor don't realize is that the Nightmares are already setting out for the Komboka archipelago, determined to use the powers of Nero to turn Griffonmor into a tool at the service of their clan... Once awoken, will Griffonmor go on to become the Skeelz's top professor or humanity's worst enemy? 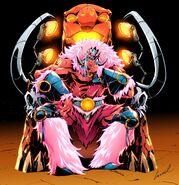 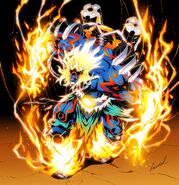 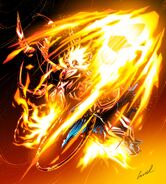 Level 5
Add a photo to this gallery
Retrieved from "https://urban-rivals.fandom.com/wiki/Griffonmor?oldid=72275"
Community content is available under CC-BY-SA unless otherwise noted.