Back when he was a complete unknown, Hammer was chosen to fight the reigning world champion in an exhibition match. Prince Jr wanted him to stretch it out until the fourth round, but by the third round he'd already knocked out his opponent with a resounding right hand. As a result he became an enemy of the Montana but managed to seek refuge among the All-Stars. 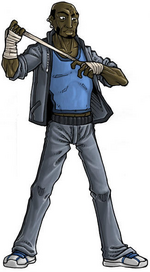 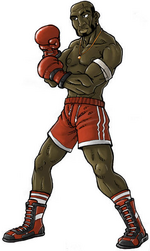 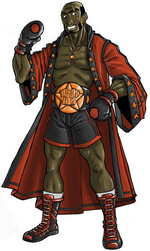 Retrieved from "https://urban-rivals.fandom.com/wiki/Hammer?oldid=59850"
Community content is available under CC-BY-SA unless otherwise noted.