Harrow Ld started off his career as a darts player, hoping it would get him noticed by the All Stars. But unfortunately for him Robb had had the same idea! Furious, Harrow Ld threw himself into wrestling and has made such a success of it that he's now the number one rival of El Gringo in Clint City’s wrestling league, the W.A.R.

Harrow has a brief apperance in the third page of Lucha Libre in Clint City when several of the Montanas come across him while hunting down a masked man who attacked them. When they come across Harrow, he immedately collapses from his encounter from the same guy. 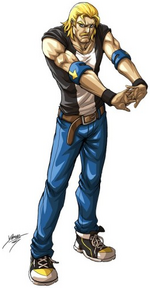 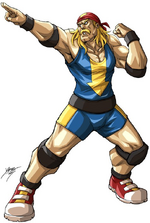 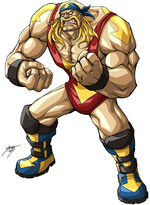 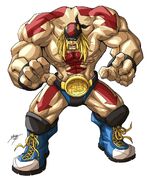 Retrieved from "https://urban-rivals.fandom.com/wiki/Harrow_Ld?oldid=61674"
Community content is available under CC-BY-SA unless otherwise noted.