As an Elektrozova survivor, Henry was a mutant gifted with extraordinary strength and agility...but with the appearance and coat of a monkey. All alone in the world, and with his family wiped out and no one to take him in, one day Henry overheard someone talking about a "school for mutants" in Clint City. He made his way there only to realize he was unable to pay the annual entrance fees. "You can stay if, in return, you represent us in the Iron Mask tournament. Is it a deal?" asked Mandrak... 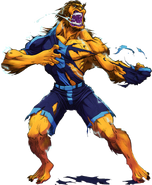 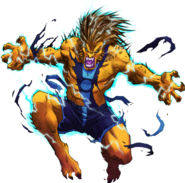 Level 3
Add a photo to this gallery
Retrieved from "https://urban-rivals.fandom.com/wiki/Henry?oldid=66304"
Community content is available under CC-BY-SA unless otherwise noted.