Milton's got a big problem. The more books he reads, the more things he learns and the more complicated mathematical theorems he gets to grips with, the more his mind expands and the more his muscles grow. And with his IQ of 225, things are really starting to spin out of control. I mean who’s going to take an astrophysicist who looks like a bodybuilder seriously? 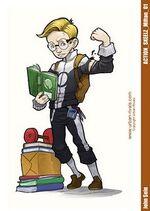 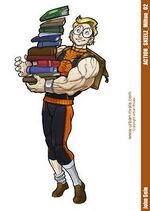 Retrieved from "https://urban-rivals.fandom.com/wiki/Milton?oldid=52618"
Community content is available under CC-BY-SA unless otherwise noted.