Nellie has always had everything she wanted, when she wanted it. Well, as the one and only Princess of Poldachie-Golgovine and part of the elite, what else would you expect? Surrounded by an army of loyal servants, there’s nothing she enjoys more than making the life of those who make her life perfect, utterly hellish.

Nellie (first level form) appeared in the Assault on the River Clint story, helping out her clanmates, but piloting a robot. She was stopped by Svelthlana and was immedately spanked by her. 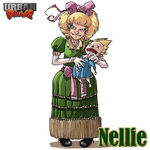 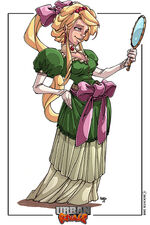 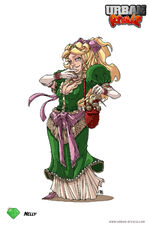