Noctezuma, child of the slaves of the gold mines! Noctezuma, the man who made the earth tremble! Now ensconced on the throne of the Pile Tower sits the Luchador who toppled the Los Santos dictatorship with his own bare hands to return the people their freedom. Bringing together the very best from the world of the Lucha Libre is just a first step in ridding the planet of the organization that is secretly pulling all the strings: the Government. 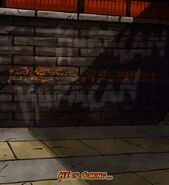 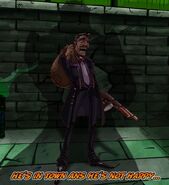 Game screen
Add a photo to this gallery
Retrieved from "https://urban-rivals.fandom.com/wiki/Noctezuma_Cr?oldid=67022"
Community content is available under CC-BY-SA unless otherwise noted.