Ottavia is a dedicated gambler and a skilled cheat. Impressed by her numerous talents, the Montana make her director of their casino, "Borgia's Palace". Unscrupulous as ever, Ottavia has fixed all the games and is systematically fleecing her clientele. And if a player dares win, Ottavia loses her temper and they lose their will to live.

Play her with a few more pillz than necessary, as most people expect her as a bluff. That way, she can deal her 3 damage or 5 with fury. The best way to fight her is use a damage reducer or simply take the hit. She is also usable at level 2, as she has her ability then. 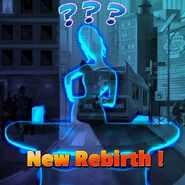 Level 3
Add a photo to this gallery
Retrieved from "https://urban-rivals.fandom.com/wiki/Ottavia?oldid=70567"
Community content is available under CC-BY-SA unless otherwise noted.