It's already hard enough being a teenager but Otto wouldn’t have minded so much if he’d only had to cope with acne. Despite doing his very best to hide his first tentacles, he soon had no choice but to leave his school and join the Skeelz. And although he still has some problems fitting in at parties, he’s at the top of everyone's list when it comes to playing dodge ball! 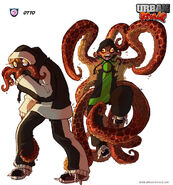 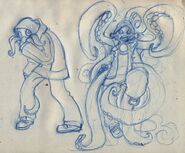 Concept sketches 2
Add a photo to this gallery
Retrieved from "https://urban-rivals.fandom.com/wiki/Otto?oldid=65769"
Community content is available under CC-BY-SA unless otherwise noted.