At the beginning, a player is given 12 Pillz, excluding the 13th one which is the Pill you will receive at every turn, since you must put at least 1 Pill into each Character . A card's Power is multiplied by the amount of Pillz put into that card for the round to give the card an Attack value (without counting effects from Bonuses and Abilties).

If a player uses all 12 of their Pillz on a card, that card most probably have a high Attack value, but that means that your other cards will only have the 1 free Pillz, making an easy win for your opponent if your 1 Hit-KO tactic failed and/or you have no Abilities to finish off the opponent's Life.

Since there are 4 rounds, a player must decide how they want to distribute their Pillz for the 4 cards in their hand. The use of Pillz leads to bluffing and calling your opponent's bluffs, which is one of the layers of complexity when this game is played as mathematically as possible. 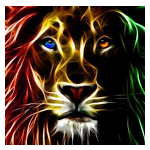