Sabotage is a musical group created behind the ghetto's mart. Most of the time, the group is made up of three hotheads: Master Mike, Ortiz and MCA. The Sabotage have very high voices that are the result of increasing the pitch of their sound while maintaining the tempo of their recordings, which has quickly created an Underground movement. “Skills to Play the Pillz” is the most listened to song in high schools and the most played hit on the local radio stations. The concerts of these stage animals are very often placed under enhanced protection, but the atmosphere is wild. You've just gotta see them tearing up that stage! 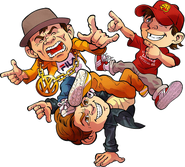 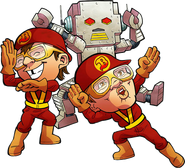 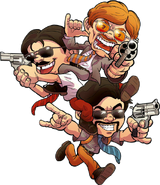