Geralt is the fearless knight from the Dominion range. Equipped with a set of armor made from dragon scales, he also has removable parts such as his helmet and enchanted sword. So, go with him and his pure heart to hunt monsters, fight terrible dragons and return victorious from all your battles!* Figurine n°10 from the Dominion range. Made by Zlatar Toys. *Actual product may differ from photo, mount not supplied. 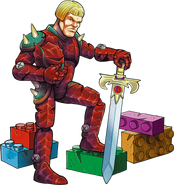 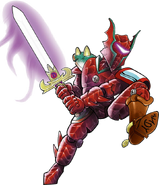 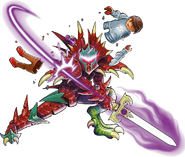 Level 4
Add a photo to this gallery
Retrieved from "https://urban-rivals.fandom.com/wiki/Sir_Geralt?oldid=67644"
Community content is available under CC-BY-SA unless otherwise noted.