Chronicling the life of Solomon is not easy. Little is known about his troubled past in Los Santos and his escape to Clint City. He is said to have been behind the first tournaments improvised in an abandoned hangar but this does not explain his meteoric rise in the competitive arena. In less than ten years, the ferocious warrior has become a rich business tycoon controlling and shaping everything to do with fighting in the city. Whether it's a beginners' tournament or a prestigious event like the world boxing championship, Solomon is the one who reaps the rewards and changes the rules, if he feels like it.

Must be done in order for the card to be won:

This one is activated after getting the card.

Preview background for his release. 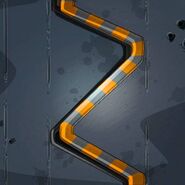 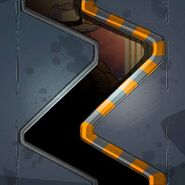 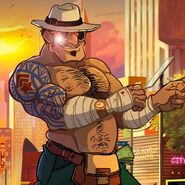 Retrieved from "https://urban-rivals.fandom.com/wiki/Solomon?oldid=69411"
Community content is available under CC-BY-SA unless otherwise noted.