Little yeti Tiwi Ld is the friend of robots. He loves them, crafts them, fixes them, and cuddles them. He's so cute with his tools that everybody wants to hug him. And when everybody is under his spell, he strikes with his wrench, and switches on his robots' "ice blaster" mode to wildly assault you. Don't be mistaken, just because Tiwi Ld is cute doesn't mean he isn't dangerous.

Tiwi (who talks with a lisp) appears in Weihnachts Kohle where he is kidnapped by Pr Hide to make him some special mini robots that will release a formula will ruin Christmas for the people of Riotsville. Of course, he refuses and when the Frozn come to rescue him, Pr Hide and his assistant, Kougloff escape into the Forbidden Forrest of Orfahwood. After facing a bunch of traps and falling into a pit, Tiwi is rescued by his clan. Since it is Christmas, he urges his clanmates to spare the kidnappers and let them go. In thanks, Pr Hide gives him a present with a nicer version of the formula. 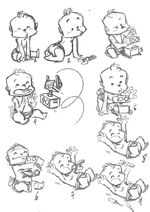 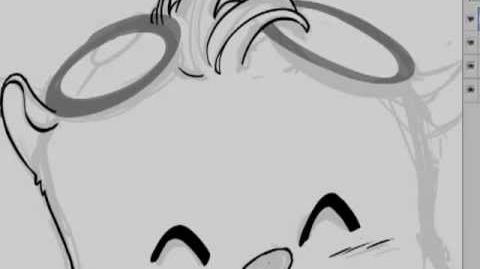 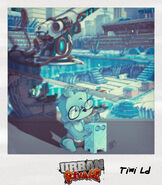 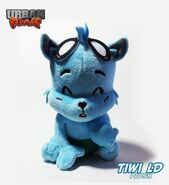 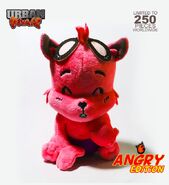 Art from the Kickstarter 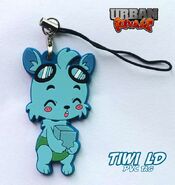 PVC Tag
Add a photo to this gallery

Retrieved from "https://urban-rivals.fandom.com/wiki/Tiwi_Ld?oldid=66057"
Community content is available under CC-BY-SA unless otherwise noted.